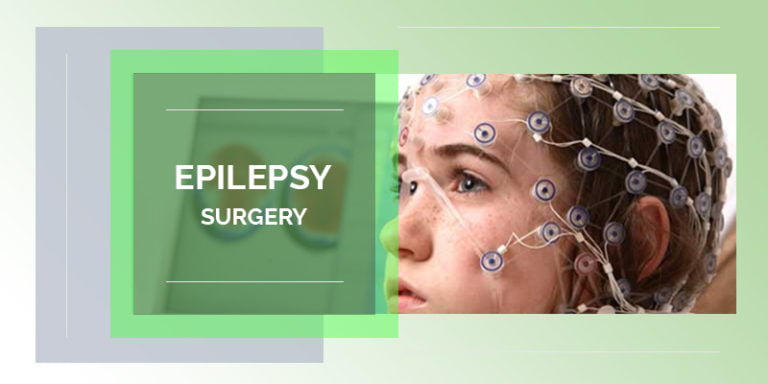 Epilepsy surgery is a procedure that removes or alters an area of your brain where seizures originate.

Epilepsy surgery is most effective when seizures always originate in a single location in the brain. Epilepsy surgery is not the first line of treatment but is considered when at least two anti-seizure medications have failed to control seizures.

A number of pre-surgical assessments are necessary to determine whether you’re eligible for epilepsy surgery and how the procedure is performed.

Epilepsy surgery may be an option when medications do not control seizures, a condition known as medically refractory epilepsy or drug-resistant epilepsy. The goal of epilepsy surgery is to eliminate seizures or limit their severity with or without the use of medications.

Poorly controlled epilepsy can result in a number of complications and health risks, including the following:

Physical injuries during a seizure
Drowning, if the seizure occurs during a bath or swimming
Depression and anxiety
Decline in memory or other thinking skills
Developmental delays in children
Sudden death, a rare complication of epilepsy

Epileptic seizures result from abnormal activity of certain brain cells (neurons). The type of surgery depends largely on the location of the neurons that trigger the seizure and the age of the patient.

Types of surgery include the following:

Resective surgery, the most common epilepsy surgery, is the removal of a small portion of the brain. The surgeon cuts out brain tissues in the area of the brain where seizures originate, usually the site of a tumor, brain injury or malformation.

Resective surgery is most often performed on one of the temporal lobes, an area that controls visual memory, language comprehension and emotions.
Laser interstitial thermal therapy (LITT) is a less invasive surgery that uses a laser to pinpoint and destroy a small portion of brain tissue. Magnetic resonance imaging (MRI) is used to guide the surgeon.

Deep brain stimulation is the use of an electrode — permanently implanted deep inside the brain — to release regularly timed electrical signals that disrupt abnormal, seizure-inducing activity. This procedure is also MRI-guided. The generator sending the electrical pulse is implanted in the chest.

Corpus callosotomy is a surgery to sever — completely or partially — the bundle of nerves connecting the right and left sides of the brain (corpus callosum). This is usually used with children who experience abnormal brain activity that spreads from one side of the brain to the other.

Hemispherectomy is a procedure to remove one side (hemisphere) of the folded gray matter of the brain (cerebral cortex). This surgery is generally reserved for children who experience seizures that originate from multiple sites in one hemisphere, usually the result of a condition present at birth or in early infancy.

Functional hemispherectomy, also primarily used in children, is the undercutting of the seizure-inducing hemisphere to sever its connections to the body’s nervous system without the actual removal of brain tissue.

Different areas of the brain control different functions. Therefore, risks vary depending on the surgical site and the type of surgery. Your surgical team will help you understand the specific risks for your procedure, as well as the strategies they will use to reduce the risk of an adverse outcome.

Risks may include the following:

If you’re a possible candidate for epilepsy surgery, you will work with a medical team at a specialized epilepsy center. Your team will conduct several tests to determine your eligibility for surgery, identify the appropriate surgical site and understand in detail how that particular region of your brain functions. Some of these tests are performed as outpatient procedures, while others require a hospital stay.

Evaluations to find the problem area:

The following procedures are standard tests used to identify the source of abnormal brain activity.

Baseline electroencephalogram (EEG). In this test, electrodes are placed on the scalp to measure electrical activity produced by the brain when you’re not experiencing a seizure. Patterns in this activity can suggest general areas of the brain that may be affected.

Video EEG. A continuous EEG with video monitoring records your seizures as they occur. Because your seizure medications have to be reduced or temporarily stopped so that seizures will occur, you’ll be admitted to the hospital for this test.

Correlating the changes in your EEG with your body’s movements during a seizure helps pinpoint the area of your brain in which your seizures are starting.
Magnetic resonance imaging (MRI). An MRI, which uses a magnetic field and radio waves to create detailed images, can identify damaged cells, tumors or other abnormalities that can cause seizures.

Your surgical team may order additional tests to localize the source of seizures and to characterize the nature of the abnormal activity.

These tests may include:

Invasive EEG monitoring. If an EEG test fails to localize the seizure-inducing site, monitoring may be done with surgically placed electrodes. The surgeon places either grids or strips of electrodes on the surface of the brain or places electrodes deeper inside the brain. EEG monitoring is done while you’re unconscious.

Video EEG with invasive electrodes. Surgically placed electrodes may also be needed for a video EEG procedure. After the surgery, the video and EEG data are captured during a hospital stay while you’re awake but not taking anti-seizure medications.

Positron emission tomography (PET) is a specialized imaging device that is used to measure brain function when you’re seizure-free. The images alone — or combined with MRI data — can help identify the source of your seizures.

Single-photon emission computerized tomography (SPECT). This procedure measures blood flow in the brain during a seizure. Typically, blood flow is higher in the part of the brain where seizures originate. You will be admitted to the hospital to undergo this test.

Depending on the surgical site, your team may conduct tests to determine the precise areas of the brain that control language, sensory functions, motor skills or other critical functions.

This information helps your surgeon preserve function to the greatest extent possible when removing or altering a site in your brain.

The test may include the following:

Functional MRI. This test identifies regions of brain activity when you’re doing a particular task, such as listening or reading. This helps the surgeon know the precise locations in your brain that control a particular function.

Wada test. With this test, an injected medication temporarily puts one side of your brain to sleep at a time. You’re then administered a test for language and memory function.

This test can help determine which side of your brain is dominant for your language usage. While functional MRI has often replaced this test, it may be used if the imaging study isn’t possible for you.

Brain mapping. Small electrodes are surgically placed on the surface of the brain. When you’re alert after the surgery, you perform a number of tasks that are matched with measurements of your brain’s electrical activity.

A battery of tests is performed to measure verbal and nonverbal learning skills and memory function. These tests may provide additional insight into the area of the brain affected by seizures, as well as a baseline for measuring function after surgery.

What you can expect before the procedure:

To avoid infection, your hair will need to be clipped short or shaved over the section of your skull that will be removed during the operation. You will have a small flexible tube placed within a vein (intravenous access) to deliver fluids, anesthetic drugs or other medications during the surgery.

Your heart rate, blood pressure and oxygen levels will be monitored throughout the surgery. An EEG monitor also may be recording your brain waves during the operation to better localize the part of your brain where your seizures start.

Epilepsy surgery is usually performed during general anesthesia, and you’ll be unconscious during the procedure. In rare circumstances, your surgeon may awaken you during part of the operation to help the team determine which parts of your brain control language and movement. In such cases, you would receive medication to control pain.

The surgeon creates a relatively small window in the skull, depending on the type of surgery. After surgery the window of bone is replaced and fastened to the remaining skull for healing.

You’ll be in a special recovery area to be monitored carefully as you awaken after the anesthesia. You may need to spend the first night after surgery in an intensive care unit. The total hospital stay for most epilepsy surgeries is usually about three or four days.

When you awaken, your head will be swollen and painful. Most people need narcotics for the pain for at least the first few days. An ice pack on your head also may help. Most postoperative swelling and pain resolve within several weeks.

You’ll probably not be able to return to work or school for approximately one to three months. You should rest and relax the first few weeks after epilepsy surgery and then gradually increase your activity level.

It’s unlikely that you would need intensive rehabilitation as long as the surgery was completed without complications such as a stroke or loss of speech.

The outcomes of epilepsy surgery vary depending on the type of surgery performed. The expected outcome is seizure control with medication.

The most common and best-understood procedure — resection of tissue in the temporal lobe — results in seizure-free outcomes for about two-thirds of people.

Studies suggest that if you do not have a seizure in the first year after temporal lobe surgery — with medication — the likelihood of being seizure-free at two years is 87 to 90 percent.

If you have not had a seizure in two years, the likelihood of being seizure-free is 95 percent at 5 years, 82 percent at 10 years.

If you remain seizure-free for at least one year, your doctor may consider tapering off your anti-seizure medication and eventually taking you off of the drugs entirely.

Most people who do experience a seizure after going off medication are able to experience seizure control by resuming drug treatment. 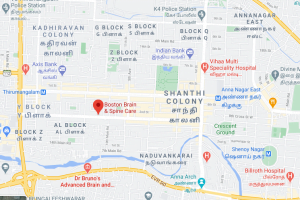